Former Wales DTP student Dr Siôn Aled Owen has published a collection of poetry which includes poems inspired by his doctoral research into the factors influencing school pupils’ social use of Welsh. Siôn is presently giving readings from Meirioli and recently appeared at the Eisteddfod in Cardiff last month. 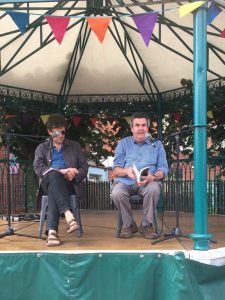 “Arising out of the research work with schools in several parts of Wales, I had the opportunity to visit several parts of the world where groundbreaking work is happening to safeguard and to revitalise minority languages” said Siôn, who travelled to Tyendinaga Mohawk Territory in Ontario, Canada, Ireland, Scotland and the Basque Country. He also took part in a language revitalisation workshop in Thailand, where his meeting with Doc Wai, who feared he could be the last poet composing in the Nyah Kur language, inspired a poem. Siôn believes that making and maintaining international links is vital to the field of language planning here: “The challenges facing minority languages worldwide are often very similar to those we face in Wales, and we can learn so much from policy and practice in those other contexts – and there is so much we can contribute from our experience with the Welsh language as well.” 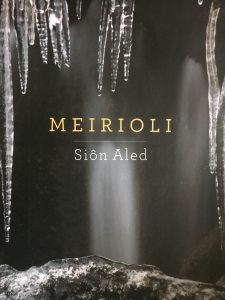 Siôn’s research, involving almost 600 children in Years 6 and 7 in Welsh medium schools serving communities with widely varying percentages of Welsh speakers, revealed that the children’s attitude to the language is overwhelmingly positive but that a perceived lack of opportunities to use Welsh outside was often a cause for concern. The children had little engagement with Welsh on television, radio and social media, with English being viewed as the ‘natural’ language for use on shoes channels. As Siôn put it, “As far as attitudes are concerned, the research paints a very hopeful picture, and what is happening within the schools is clearly valuable – but we need to pay far more attention to the place of the language in the community, particularly in terms of opportunities to use it. We could learn a great deal from the Basque Country, for example, where in language profiling and planning for the normalisation of the use of Basque among school age children the school and its community are viewed as an integrated whole. If we are to have a realistic hope of achieving the Government’s target of a million people who are not only able to speak Welsh but who actually use it from day to day by 2050, we must wake up today to the scale and complexity of the task ahead of us and recognise the substantial investment in time and money that will be necessary for success.”