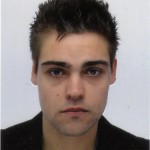 My research is concerned with how the perception of painful stimulation can be altered by factors both internal and external to the individual. It has been demonstrated that individual differences can play a role in how pain is experienced (such as age, gender and ethnicity), but it has also been shown that factors such as experimenter gender, perceived professional status and expectation of performance (e.g. ‘the average person can withstand noxious stimulation for X-minutes’) can also play a part in changing how pain is experienced. I’m interested in examining whether the experimenter gender effect can extend to the presence of an additional observer, which may have possible clinical implications. As well as this, anxiety has been shown to play a role in pain perception, and I am examining is this may be a possible driving force behind any differences in pain threshold reports whilst participants are being observed, as well as whether this may correlate with personality traits.

I am also interested in examining how noxious stimulation is processed in the brain using neuroimaging techniques, specifically magnetic resonance spectroscopy (1H-MRS). MRS is used to examine levels of neurometoblites in the nervous system, and I am particularly interested in examining how levels of glutamate may alter in the anterior cingulate cortex in anticipation of uncertain noxious stimulation, as it has been shown previously using fMRI that activity increases in the ACC during uncertain anticipation, and that both painful and not painful stimulation are perceived as more intense when the participant is unsure of the outcome of the stimuli.