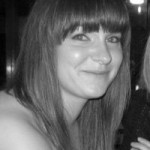 Over the past decade societal concerns have been increasingly voiced over the effectiveness and efficiency of the adoption process with the UK. Studies have shown that adopted children have generally been exposed to abuse whilst living at home. In addition, research shows that outcomes for adopted children are poorer, than non-adoptees. Improving placement stability is a major part of providing maltreated children with adequate care. Despite the evidence that stable out-of-home arrangements such as adoption play an important part in assuring the well-being of maltreated children, little research has focused on the parent-child relationship.

This study considers part of that process and investigates parent-child relationship quality and child psychological well-being among adoptive families in the first year post adoptive placement.