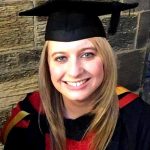 Being a speaker or non-speaker of Welsh is an important signifier of cultural identity in Wales. However, rates of speaking Welsh vary widely throughout Wales – in some areas Welsh speakers are in the majority, whereas in others they represent a minority. Meanwhile on a UK-wide level, Welsh speakers are unambiguously a minority group.

The incidence of psychosis is elevated amongst minority groups (e.g Kirkbride et al., 2006). This association is especially strong in areas that are relatively dominated by the majority group (Boydell et al., 2001; Veling et al., 2009). This has been proposed to reflect a reduced sense of belonging to their area (Bentall, 2009).

The linguistic mix in Wales presents the opportunity for a natural experiment where the association between language and minority status varies geographically.

This project aims to: