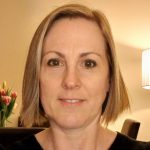 Right-wing extremism is growing, particularly within the present political climate. While previous academic focus has been on right-wing rhetoric on race, little has examined how its anti-feminist agenda presents itself, especially in relation to sexual offences against women. Recent campaigns to prevent rape on campuses, provide education on consent, and an increasing trend to look at ‘hookup culture’ from a feminist viewpoint have led to the Alternative-Right (Alt-Right) proclaiming that men are often victims of ‘rape paranoia’. Understanding how this extreme right-wing propaganda influences men’s views of rape and sexual assault is crucial in order to develop counter-measures.

The proposed research will be based on linguistic analyses of comments on Alt-Right websites which discuss convictions for rape and sexual assault. The analyses will examine portrayals of convicted rapists presented as being victims of feminist-driven ‘rape paranoia’. Such construals targeted towards young men will be investigated with reference to current radicalisation frameworks. The two main research questions to be addressed by the research are: