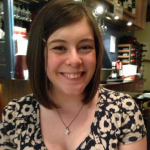 I am interested in imagination in autism spectrum disorders (ASD), and its relationship with restricted and repetitive behaviours (RRB). Imagination was once considered a central feature of autism (e.g. Wing and Gould, 1979) however its role was greatly reduced in the international diagnostic manuals. Furthermore, much of the imagination literature has centred on pretend play in children, and there has been little research on the theoretical relationship between imagination and RRB.

I aim to address these limitations in the research by researching imagination in adults with ASD using other measures such as imagining the future. I am also developing an adult self-report measure of RRB, currently for use with neurotypical individuals. Finally, I will explore the relationship between imagination and RRB in ASD.