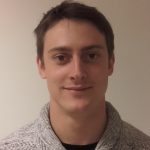 My PhD research aims to better understand the experiences of young people who have acquired a minority language as a second language in French comprehensive schools (Lycée). It does so by focusing on two main issues. Firstly, the project examines the ways in which language ideologies are “produced” within minority language schools as well as at regional and state level. Secondly, the thesis focuses on youths’ language ideologies and practices and the way these are articulated and negotiated amongst themselves as well as with state, regional and school macro-hegemonies.

This research project is based on data collected in four schools in both Brittany and Corsica and which all have different approaches to minority language teaching. Although, both regions and the four schools face structural difficulties in promoting the acquisition of their minority languages within the French education system, this research wishes to understand better how young people contextualise differently issues surrounding language injustices and wishes to shed light on the negotiation and interpretation of multiple and conflicting language discourses and ideologies. Young people for the sake of this research are individuals in classe de première (year 12) and classe de terminale (year 13) between the age of 16 to 18 years old.