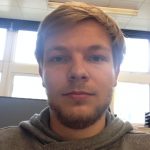 In response to the crisis of refugees arriving in Europe over the summer of 2015, the Welsh Government held an emergency summit and reiterated its commitment that Wales should play a leading role as a ‘Nation of Sanctuary’. This is an interesting moment given that Wales doesn’t have direct responsibility for UK borders. What might it mean, in practice and in theory, for Wales to declare itself a ‘nation of sanctuary’? What are the theoretical and political imaginaries of sanctuary, national identity and citizenship at work in this context? What are their historical precedents? And how do they relate to political responses to the crisis across the UK and Europe more generally? This project will examine the political geographies of refugees, asylum seekers and citizenship in Wales, paying attention to Swansea and Cardiff as two declared ‘Cities of Sanctuary’ as well as other emerging groups across Wales that are committed to grassroots initiatives to build a culture of hospitality and welcome to refugees. The project will ask: what difference does an urban, regional or national imaginary of community make to the commitment to hospitality? What difference do different forms of welcome make?