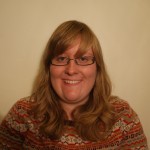 Social interaction skill is a tricky concept to quantify. Laboratory measures have attempted to define such a concept, but seem to reduce it down to such a degree that it becomes augmented and without context, or ignore it entirely. There is also limited discussion in the way in which social interaction may or may not be distinguished from social cognition. Current research seems to suggest that the way in which we think and reason about social situations is equivalent to the way that we behave within the social world. As such, we wonder whether this is truly the case and to what extent this is so. We are also interested in looking at social interactions within the context of which they arise. As such, we plan to look at live interactions within the lab and may also use social economics as a tool to study how people make decisions within the social milieu.