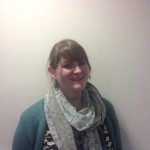 Many studies suggest that bilinguals, who often demonstrate early delays in language, do catch-up with monolingual peers on knowledge of linguistic features. However, the conditions that allow this to happen in minority language contexts are less well-known.This is particularly relevant in Wales. The purpose of this study is to examine: When, and to what extent, secondary school-aged children demonstrate the bilingual catch-up on various aspects of Welsh and English knowledge, To what extent this catch-up is dependent on children’s use of and attitudes towards Welsh and English. Approximately 150 teenagers will be tested on numerous measures of Welsh and English knowledge, including depth of vocabulary knowledge and grammar, across two age groups (12/13 years and 15/16 years), and three bilingual groups (L1 Welsh, simultaneous, and L1 English bilinguals), with measures of daily use of Welsh included in the analysis as a co-variable.