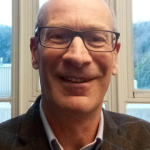 In simple terms the idea behind Personal Carbon Allowances is that each person has an allowance of carbon dioxide: when they purchase fuel for use in their homes or cars (or however they wish) the remaining allowance decreases. If and when the allowance has been fully consumed additional allowances would have to be purchased with further fuel purchases increasing the effective cost of the fuel. Conversely, surplus allowances could be sold for real money. As fuel usage generally rises with incomes it is not only a progressive policy but one that could potentially cause a step-change in attitudes towards fossil fuel use with commensurate benefits to the environment. The UK government commissioned a series of reports on Personal Carbon Allowances in 2006 but abandoned the policy in 2008 on cost and social acceptability grounds calling it ‘an idea ahead of its time’.

My work is initially focused on investigating and potentially eliminating the particular technocratic problems identified (cost; cost/benefit analysis; impact on those in poverty). It will then progress to examine social acceptability issues, utilising other scholars work in behaviour change and consumer psychology to plot a pathway forwards towards implementation. I will also be investigating whether there is scope for a ‘Wales-only’ solution.