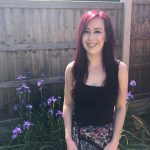 Bilingualism has been suggested to enhance cognition, due to the constant need to monitor, manage, and where necessary, inhibit one of the two languages in a person’s mind. The ‘bilingual advantage’ debate is one of the most prevalent in the field at the current time, with previous findings of cognitive enhancements in bilinguals compared to monolinguals now being questioned.
Previous research suggesting cognitive advantages of bilingualism has traditionally used participants who are equally proficient and actively use both of their languages. The current research proposes that a ‘bilingual advantage’ is more likely to be found in a population who are not balanced in both of their language uses, and consequently need to allocate large amounts of cognitive resources to manage these on a day-to-day basis.
The current study will compare a group of primary school children in Wales – with minimal exposure to and experience with Welsh – to a group of monolingual children in England. The aims of the study are to investigate whether the participants’ minimal experience with an additional language has altered their cognition in any way, and afforded them with any advantage over monolingual peers – similar to those observed in populations of balanced bilinguals. This study will build on previous work completed for my BA and MSc research projects, with the aims to replicate the findings of those studies – that minimal experience with second language Welsh can lead to a ‘bilingual advantage’ on certain cognitive tasks when compared to monolinguals – on a much larger scale.