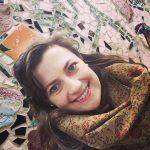 A Stateless person is defined in the 1954 UN Convention relating to Statelessness as “a person who is not considered as a national by any state under the operation of its law”. Globally, 10 million people are estimated to be stateless; every state and continent is affected. Causes include discriminatory policies towards gender or communities, conflicts and nationality laws. Statelessness is ever present in the modern world due to the great proliferation of geopolitical realities. For example, statelessness is a growing consequence of the Syrian conflict. Due to inconsistent citizenship laws, over 90,000 children are at risk, potentially creating a stateless generation. The UN estimates a stateless child is born every 10 minutes.

Compared to other similar areas of research, statelessness has been neglected. In 2014, the UNHCR recently produced the “Handbook on the protection of Stateless persons” to assist governments, policy makers, administrative adjudicators, the judiciary, NGO’s, legal practitioners, UNHCR staff and other actors in interpreting and applying the conventions. However, loopholes allow the avoidance of obligations and prohibitions. The UK introduced a specific Statelessness identification procedure in 2013. However, since its introduction, only 5.2% of stateless applications have been granted.

This study aims, through creative research methods, to contribute original knowledge on the experience of statelessness in the UK. This project also aims to discover if this status is truly understood by key stakeholders in the UK, from grassroots community organisations through to government representatives.