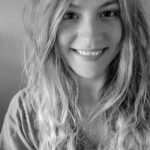 This study is motivated by an interest in social movements that involve an abandonment of conventional lifestyles, and experimentation with new ones. This involves new forms of housing, identification, notions of community and family, and other value systems that contest consumer capitalism.

To explore this, I will carry out an ethnographic study looking into the lives of “New Travellers.” The largely mobile, stigmatised and “uprooted” nature of the New Traveller community has resulted in a more geographically dispersed, mobile approach to data collection. I am currently carrying out “in situ” interviews, with an array of New Travellers from different generations in various geographical locations with a diverse set of living arrangements.

Snowball – or “Rhizomatic – sampling (Stehlik, 2014) has been employed to locate participants via social networks, starting from my own personal contacts within the community. The project will end with a more static, conventionally “ethnographic” kind of participation within a specific community.

This approach was necessary due to difficulties accessing (often) off-grid communities (many of whom have bad relations with researchers). Many sites are very much hidden due to unauthorised or off-grid nature or frequent displacement. For those that are accessible, free pitches are often unavailable due to high demand for such places. Those who have been fortunate enough to secure a permanent, legitimate place to dwell are often protective of their spaces and fear disruption.

The lack of authorised stopping places is an ongoing problem in the UK. Indeed, while planning permission applications are almost always rejected at first hearing (Crawley, 2004; Niner, 2006; CRE, 2006; Department for Local Communities and Government, 2007; Greenfields & Brindley, 2016), the Criminal Justice and Public Order Act 1994 has also effectively criminalised those who attempt to form communities of this kind without permission.

While the economic and social benefits of site provision (to both the state and individuals) has repeatedly been illustrated through previous research (e.g. Morris & Clements, 2002; Crawley, 2004; Niner, 2004; CRE, 2006; Department for Local Communities and Government, 2007), this study aims to explore further benefits of site provision. Most notably, in relation to an experimentation with alternative ways of being with each other and the world.

This includes a focus on the reconfiguration of people’s lives with eachother, as different New Traveller collectives often exercise various forms of decision making. This also includes a reconfiguration of people’s lives with their environments – a particularly important issue in the face of today’s climate crisis. In this sense, this study is concerned with “prefigurative politics:” whereby people enact the changes they want to see in the world.

It is considered how responses from the state and wider society are impacting the growth of alternative housing, and the alternative economics and organisational practices that often come with these new forms of housing. The more static element of the study will delve deeper into the lived experience of managing these relations and practices on a daily basis.