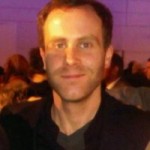 Intelligence suggests wildlife crimes in the UK are becoming more prevalent and more organised, reflecting in part, increasing demand for meat and fish commodities and the lucrative proceeds that can be gained from illicit markets in food stuffs. In addition to the criminal justice dimensions of this problem, the perceived growth in these illicit markets provokes a major concern for public health policy, given the potential for recycling unhygienic and inexpertly processed commodities into the food chain. This research will investigate the organisational characteristics of wildlife crime, adopting script analysis to investigate the sourcing, poaching, processing and distribution of illicit food stuffs, underpinned by critical realism and critical political economy.