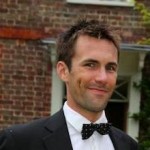 For many developed economies, basic wages have more or less stagnated in the last few decades. This means the effect of economic growth has been cancelled out due to the portion of national income going to basic (or unskilled) labour declining, while skilled labour and capital shares have increased by most measures.

These developments are resonant of the industrial/agricultural revolutions, where wage growth trailed output growth. Though wages did eventually increase, inequality remained high until the two world wars and the great depression. As such there is little indication as to what the terminal outcome of these measures are.

The aim of this research is to assess what core factors are most prominent in causing the stagnation in basic wages experienced and so evaluate what the likely future outcome is for basic wages. This research uses new insights through modern theoretical models based on old Ricardian and Malthusian ideas. It emphasises the effects of different types of technology growth, population growth as well as the price of oil and other finite natural resources.