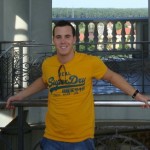 This thesis uses Besley and Persson’s (2011: 6) definition of ‘state-capacity’ as “the institutional capability of the state to carry out various policies that deliver benefits and services to households and firms”. In its simplest denotation, state-capacity is considered to consist of two combined complementary capabilities; the state’s extractive role as a tax collector and its productive role as the provider of public services, such as transportation, networks, local governance, and courts (Besley and Persson, 2011; Dincecco and Katz, 2012). In order to succinctly focus this research, Ukrainian state capacity is being critically assessed via empirical case studies of two central capacity-building components: fiscal capacity-building and territorial capacity-building.

The fiscal capacity-building case study investigates the role of endogenous and exogenous drivers (including international financial institutions, the EU and Russia) in fiscal and corporate governance reforms, as well as the sovereign debt restructuring after the Ukrainian sovereign debt defaults. This includes looking at how international financial institutions are working with the Ukrainian government, the National Bank of Ukraine, and other financial regulators to strengthen the policy and regulatory role of the state in the financial sector, while consolidating state ownership of financial institutions. One hopes to assess whether IFI involvement has helped to increase Ukrainian fiscal capacity, and if not, what factors have been impeding its progress. Furthermore, this case study also examines whether Russia been an enabling or constraining factor on Ukrainian state capacity. In addition to Ukrainian state governments, this case study examines the role of the Ukrainian National Bank in building fiscal capacity. In order to do this, the networks of power in the Ukrainian banking system are taken into consideration.

The territorial capacity-building case study assesses Ukrainian territorial-administrative reforms and whether negotiations with international financial institutions have contained a territorial dimension. This includes assessing whether conditionality requirements in negotiations with IFIs have favoured centralisation. One therefore hopes to determine whether there is a direct link between Ukraine’s fiscal and territorial capacities. To what degree can territorial governments can be said to have stand-alone capacity if the national government does not? Principally however, this case study looks at what has impeded the building of territorial capacity and why there has been little meaningful change to Ukraine’s outdated Soviet model of territorial administration. Factors such as the lack of ethnic/linguistic homogeneity, institutional weaknesses, and political instability are being analysed to see how they have shaped Ukrainian territorial governance.