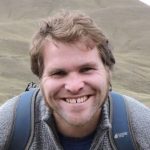 Following the 2007/8 food price crisis, the food riots and an increasing reliance on food banks were both evocative examples of the injustices within the food system. Fundamentally, these developments raise significant questions around governance, where the unwavering productionist paradigm – the promise of increasing food production and outputs – has ultimately failed in delivering an equitable and just food system. In his seminal piece ‘Poverty and Famines’, Sen (1981) asked the simple question; “Why didn’t they have food? What allows one group rather than another to get hold of the food that is there?” The significance of this question remains as pertinent today, with many grassroots, place-based alternatives such as the food justice movement attempting to answer this question on the ground.

My research is interested in inequalities of food access in urban areas, where these dynamics are often most evident (and interesting). Utilising a food justice lens, I aim to explore how inequalities of food access are resulting in creative and innovative solutions from the bottom-up. I will adopt an international comparative case study approach in three cities, based on in-depth qualitative methods.