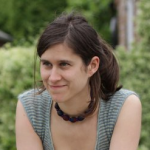 The aim of this project is to explore the relationship between young people’s gendered bodies, their sexual practices and their sexual subjectivities in South Wales in its current ‘era of sexualisation’. ‘Gendered bodies’ are in this context understood to be bodies existing in and emerging from gendered discursive frames, in which hegemonic notions of masculinity and femininity have materialised and in which an automatisation of ‘gender-appropriate’ perfomativity has occurred (Butler, 1990). Since female bodies have been theorised to be more often objectified and ‘othered’, while male ones have been theorised to more often be presented as subjects and agents (Gill, 2008), this may include the extent to which young people’s bodies are lived and experienced as subjects or objects. ‘Sexual practices’ are in this context understood to be sexual behaviours young people engage in; and ‘sexual subjectivities’ are understood as the way young people understand themselves as sexual beings, and how they experience and make sense of sex, given the confines of their social worlds.

Although an open mind will be kept with regards to the nature of the relationship between young people’s gendered bodies, their sexual practices and their sexual subjectivities, two aspects will be foregrounded in the conduct and the analysis of the study. Firstly it will be emphasised what role the gendered body plays in determining young people’s sexual practices and sexual subjectivities, especially in relation to the accessibility and their experience of sexual pleasure. Accumulating knowledge as to how embodied notions of masculinity and femininity can have detrimental impacts on young people’s sexual experiences, including their sexual pleasure, will be beneficial in challenging such notions and working towards a society in which all young people are given the opportunity to enjoy their sexuality freely. Secondly it is of particular interest what role the sexual practices young people engage in play in reinforcing and subverting the process of the gendering of the body, as this may, as well as giving insight into the maintenance of the gendered body, present an opportunity for young people to work towards social and personal change should this be desired.

The project will take a participatory approach in which young people between the ages of 16 and 18 years, who will have often only just begun to engage in sexual practices with other people and are hence very much in a process of negotiating their changing subject positions, are given the opportunity to contribute to the design of the study and to express their thoughts and feelings in a variety of ways. The project will begin by carrying out focus groups with young people, in which the research questions will be addressed and the further conduct of the study will be discussed. Possible further steps include individual interviews, a range of creative methods such as diaries and collages, and a survey.