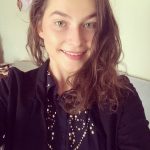 The European Council and Turkey reached an agreement in 2016 which aimed to limit the flow of irregular migration from Turkey to Europe. The agreement involved the return of irregular migrants (including asylum seekers) from Greece to Turkey in exchange for the Syrian Refugees from Turkey being settled to the EU (European Commission, 2016). Even though the agreement purportedly protects the lives and dignity of refugees, it has been criticised for different reasons including, the increase of deaths in the Mediterranean and the deterioration of conditions in Turkey and the Greek Islands (UNHCR, 2016).

The aim of this research is to investigate the legality and morality of the EU-Turkey Agreement 2016 as part of the EU’s response to the “refugee crisis”. This research proposes to evaluate and analyse the compatibility of this EU-Turkey deal with the international principle of non-refoulment (non-return) with the concentration on international human rights law. The legal and moral issues raised by the implementation and design of the EU-Turkey agreement will be reviewed using socio-legal empirical methods and recommendations for the appropriate legal and moral response to the “refugee crises” will be made.