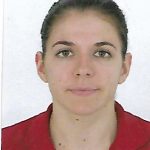 The proposed research questions are:
Does the presence of convergence clubs affect the credit supply through different bank lending standards?
Do the banks headquartered in the countries converging to the same club reveal similar bank lending activity?