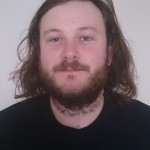 This project will examine the various ways in which science is portrayed in the popular media. It will be suggested that in certain cases science is portrayed in a religious fashion. These portrayals present science garbed in the language and imagery of religion. Religious portrayals of science will be contrasted with other portrayals which can be described as more secular. These differing portrayals will be identified through interpretative media analysis, though some simple summary measures will also be developed. Alongside this, interviews with contributors to the production of media content (e.g. television producers, editors, presenters) will be conducted in order to understand how these differing styles of communication develop. Drawing on the work of Cardiff University’s Knowledge and Expertise in Science (KES) research group the impact of these differing modes of science communication on public perceptions of science will be explored from the perspective of Elective Modernism. Elective Modernism views scientific values, or the ‘formative intentions’ of the scientific community, as having a broader social application in a progressive democratic society. Popular portrayals of science impact upon the values which are attributed to science. This has important implications for the project of Elective Modernism.