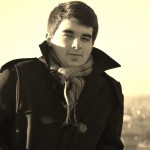 There have been numerous developments in the literature on fiscal federalism since Tiebout’s (1956) seminal contribution, suggesting that people “vote with their feet” and arguing that, through this mechanism, competition among subnational jurisdictions would promote efficiency in the provision of public goods.

This topic is of particular relevance if we look at current political debate in Europe. Fiscal devolution is seen as a central issue in many countries across the European Union. More generally, the current movement towards fiscal federalism is grounded in a more general decentralising wave that has been taking place around the world from the 1980s.

Over the past few years, a global trend towards fiscal devolution has been advocated in order to promote efficiency gains and a higher economic growth (Rodríguez-Pose and Ezcurra, 2011). However, this promised increase in economic performance is hardly a matter of consensus and efficiency gains predicted in the first generation models are not a direct consequence of fiscal decentralization, as different types of decentralization will certainly have different causes and effects (Rodden, 2004). A vast empirical literature tested the impact of fiscal federalism on economic growth and the results have been, at the best, inconclusive. Furthermore, there are several theoretical arguments that appear to have contradictory effects on decentralized systems of governance.

One further matter of intrinsic discrepancy is that the most important taxes are naturally collected at higher levels of government, in order to avoid a “race to the bottom”.
Hence, fiscal devolution typically leads to some degree of vertical fiscal imbalance. In this concern, there are risks that asymmetric fiscal devolution may undermine fiscal discipline and lead to unbalanced budgets at the local level.

This question comes together with the notion of soft budget constraints, initially introduced by János Kornai (1979). Similarly, Pettersson-Lidbom (2010) identifies the soft budget constraint as a significant incentive problem, pointing out the substantial challenges in its empirical verification and summarizing it as an intrinsic agent’s expectation that the principal will provide a bailout in case of financial distress, and thus weakening the agent’s incentives to behave in fiscally responsible way.

This project intends to explore how subnational governments responded to the Great Recession and which factors may have influenced subnational reactions. We will then follow our research, by developing a model in order to capture the implications and effects of soft budget constraints. The results of this project can have wide-ranging implications for the policy design of fiscal devolution, and also draw more general lessons for policymaking.