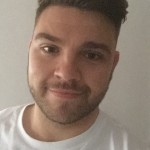 Children and young people face a plethora of challenges during their natural developmental stages, with exposure to substance misuse being one such difficulty. Those who misuse substance could cause considerable harm to themselves and others in society. Substance misuse education plays a fundamental role in providing accurate and appropriate information and guidance to young people in order to prevent and reduce the risk of substance misuse. Over the past few years there has been a growing recognition in the UK in the role of schools in health promotion and their ability to provide accurate health-related information to a large population and in a timely and economically efficient way (Moon et al., 1999; Townsend and Foster, 2011). Historically, school-based drug prevention has focused primarily on abstinence and delivered by teachers or law enforcement officers and generally during standard curriculum settings. Such interventions have had limited effectiveness, particularly regarding behaviour change. Informal peer-led school-based interventions in preventing the uptake of smoking has been found to be effective (Campbell et al., 2008), however such a method for other illicit drug use has been inconclusive.

The aim of my research is to explore the perceptions of key stakeholders (policy makers, public health wales, teachers, students and parents) around a peer led combined alcohol, tobacco and drugs intervention based on harm minimisation. The research will explore the national government guidelines around substance misuse and observe the policy implementation or failure along the socio-ecological model to the organisational level. My research hopes to identify any failures along the socio-ecological model that can be corrected and incorporated into a peer-led and whole school approach to reducing substance misuse in school-aged children.