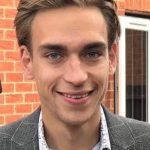 The rise of digital and ‘on-demand’ journalism has led to a shift in the political economy of the news media, creating economic challenges for legacy media and a search for alternative business models to fund sustainable ‘high quality’ journalism in the future. While traditional media is struggling, some new forms of journalism are growing in popularity, garnering both critical acclaim and the favour of certain audiences. One of these formats is the daily news podcast, which rose to prominence following the success of The Daily, a New York Times news podcast with a daily listenership of 2 million. When describing the podcast, host Michael Barbaro made the striking claim “this is what the news should sound like”, characterising the tenets of the show as: humanised, emotional storytelling; covering a story from the beginning, rather than just the immediate headline; and journalists saying what they know and admitting what they do not.

Since 2017, when The Daily launched, the number of news podcasts has tripled internationally. They have been developed by both legacy and digital native media organisations and commonly follow the blueprint set out by Barbaro and his team.

While news podcasts have established themselves as a significant form of news, they are yet to receive serious academic scrutiny.

This project will seek to address this research gap, investigating news podcasts as a journalistic innovation, drawing together concepts from news studies and the fledgeling field of podcast studies.