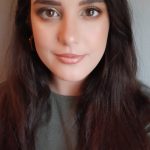 Do we feel more intensely in our first or our second language? And how does this affective bias affect other forms of cognition, such as memory? These are the questions that motivate this research.

Studies on bilinguals over the last decade have gathered evidence showing that emotional arousal is higher when working on the first language, and lower in the second. That means emotion-laden stimuli have a higher impact when they are presented in the bilinguals’ first language.
In general, my research aims to utilize both well established (classical ERPs and behavioural measures) and novel (Frequency Tagging) methodologies in order to further understand the nuances of this phenomenon. Specifically, with this project I aim to study the effects this emotion-language relationship has on episodic memory.

Previous research has shown that episodic memory is affected by language. Memories can be coded with language and language is also the main modality used to recall those memories. It is also well established that episodic memory is affected by emotion so that higher affective salience leads to better encoding. In addition, bilinguals seem to have better recognition abilities when tested in their first than in their second language.

The aim of this project is to investigate the nature of the interaction between the three factors described above, that is, how a) memorization and recall, b) affective salience, and c) language of operation interact in bilinguals. The project aims to find evidence for such interactions both at an explicit (conscious, metacognitive) and an implicit (unconscious, automatic) level, based on records of EEG measures (classical ERPs and Frequency Tagging), reaction times, and explicit answers to questionnaires (behavioural). Despite the growing literature researching either language and memory, or language and emotion, this project will be one of the few to control both factors combined and probably one of the first to do so utilizing EEG recordings.

These findings could have a strong social impact. Currently, more than half the population worldwide speaks more than one language. Hence, measuring and understanding how bilinguals remember emotional events could have implications for their daily lives. It could give us insight into how bilingual children memorise and react to traumatic events, and how to better address them. It will also allow us to comprehend and adapt to the specific experiences and performances of bilinguals in academic and work settings. Importantly, it could offer new insights on how to address bilinguals’ court accounts reliability depending on the language in which they were taken in order to maximize accuracy, as well as to interpret them during legal proceedings.