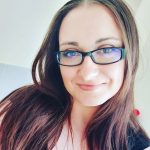 Working with law enforcement, this PhD will investigate the images used by radical right-wing groups on social media.

Platforms, such as Facebook and Twitter, have proved to be valuable tools for radical right-wing groups in that they provide access to vast audiences for little cost and minimal risk. As such, social media platforms can now be described as “the weapon of choice for extremist propagandists” (Luckert, 2017).

In particular, images are an effective means of persuasion for radical right-wing groups as they are easier to for audiences to process and, therefore, remember (Sternberg, 2006; Messaris and Abraham, 2001). Additionally, images transcend language barriers (Kovacs, 2015) and have a lasting emotive impact on audiences (Zelizer, 2010), making them transferrable across different contexts.

This project will, therefore, build on a relatively under-explored area by identifying the linguistic and visual strategies that radical right-wing groups use to communicate their ideologies and radicalise new members.