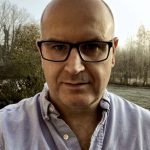 This project aims to better understand the drivers behind wartime resistance at the level of the individual. It aspires to investigate the puzzle of why some people in a given circumstance decide to resist while others do not. More specifically, it analyses the choices and behaviours of the agricultural working class across a largely rural region of France during the Occupation and builds a sociological profile of a rural contributor to the Resistance.

The overarching research question is ‘what prompted the decision of some members of certain rural communities to become involved in partisan action against the Vichy government and the Occupier?’ In order to answer this, this study focuses on several sub questions. How did gender and ethnicity intersect with decisions? How central were socio-economic factors to decision-making? To what extent was the location of these areas influential? What role did external factors such as the course of the war and Vichy policies play as the nature of collaboration changed and the region became occupied?

These questions will be addressed mobilising a combination of written and oral sources and a variety of approaches will be used to establish an interdisciplinary typology. This project aims to contribute a high-quality analysis of the nature of Resistance and how it can be conceptualised. It will seek to complement existing studies which have attempted to conceptualise resistance as a sociological term adding a historical perspective and a new typology.