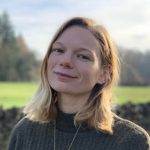 The widespread promotion of human rights has long informed not only international law, but also state behaviour and identity. Despite the apparent strength of this normative concept, the relationship between human rights and the British military remains complex.

Through collecting narratives and conducting interviews with former service personnel, this research will gather accounts from those involved in constructing and enacting human rights norms to examine how these changing norms influence constructions of military identity.

By considering the dynamic between official MoD approaches and the experiences of service personnel, this project will provide insight into the complexities and discontinuities between the rhetoric and reality of human rights discourse. It will also examine how the military reacts to and is influenced by the continuing evolution of human rights norms, and the implications of this upon the institutional identity of the armed forces.