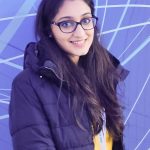 My research aims to use an online experiment to assess the effectiveness of counter-narratives to tackle digital hate speech. It will use online hate speech targeted against religious minority communities in Pakistan as a case study. My research concerns a very particular type of hate speech that is directed towards religious minorities in a state built on a religiopolitical idea, where extreme responses to one of the strictest blasphemy laws have led to digital vigilantism as well as offline mob killings and so, requires attention as an outlier and an exception.

In the global debate on counter-measures against online hate speech, focusing on algorithmic takedowns and content moderation gives social media platforms and governments the power to regulate and censor content on their terms which can cause dissenting opinions to evaporate. Using counter-narratives, based on a human rights approach, can help develop more sustainable measures to tackle online hate speech.

Hate speech against religious minorities in Urdu, Roman Urdu and English across three widely used social media platforms in Pakistan (Facebook, Twitter and YouTube) is fuelling the already-rising polarisation in the country. Despite the presence of hate speech laws, hate speech persists and has resulted in systemic silencing of minority groups and hampered their ability to practice freedom of expression and religion. It has also led to unequal online participation and a greater risk of offline violence, such as mob attacks for false blasphemy allegations and life/rape threats. Research on online hate speech targeting religious minorities in Pakistan and its counter-measures is glaringly lacking.

The proposed study seeks to fill this research gap, in addition to making a conceptual, methodological, theoretical and policy contribution to the wider debate on countering online hate speech.