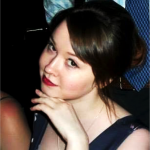 Humans are highly social and highly visual creatures and frequently make important social attributions on the seemingly shallow basic of appearance. However, these attributions can be surprisingly accurate at times. For example, accurate judgements of important social traits, including many Big Five traits, mental health, and sociosexual orientation can be made, merely on the basis of neutral photographs. Even when attributions based on appearance are inaccurate, they are still carry significant consequences. This project will look at social attributions and appearance, from the perspective of an evolved social signalling system and consider the effects of expressions, sexual dimorphism and variations in personality.