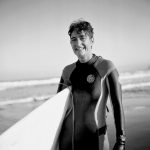 Modern surfing has been growing in popularity, and is now a common feature in littoral spaces around the globe. As Barilotti states, “everyone today wants to be a surfer” (Barilotti & Heimann, 2006, p. 89)Yet going hand in hand with this rise in popularity is the growing pressure on both the use of the surf zone, and the wish to protect it. Surf spaces are under pressure from a range stakeholders including coastal engineers, resource developers, and marine gentrifiers (through, for example, marina development and beach privatisations). In response to this pressure, surfers are shedding the cultural stereotypes of ‘slacker’ and ‘beach bum’ in an attempt to create a stewardship solution for coastal protection.
Following a rise in political activism through organised groups such as Surfers Against Sewage, Save the Waves, and the Surfrider Foundation, surfing has been transformed into a movement that no longer seeks an “outsider” position in relation to conventional political spaces, but rather seeks to lobby, advise, and even take action on key coastal planning debates. This research seeks to explore the motivations, meanings, and political significance of this transition of surfing as a New Social Movement.