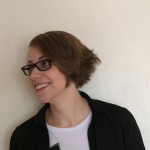 My research examines the role of stereotypical thinking in reasoning about social power in terms of cognitive space. Past research indicates that when people think about concepts they are likely to position these concepts along the vertical/horizontal dimension within their minds. For instance, powerful individuals are cognitively positioned on the top whilst powerless on the bottom (Schubert, 2005). The aim of my project is to see whether stereotypical thinking about gender (males having a higher social status than females) may affect spatial representation of power, such that males (but not females) as powerful would be mentally represented on the top whilst females (but not males), as powerless on the bottom. Such findings could be further used test the potential contribution of unconscious spatial processing in reinforcing gender stereotypes and prejudice.