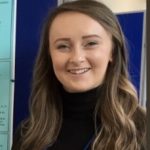 This study will test between competing theoretical models of L3 acquisition regarding the role of transfer from either the L1 or second language (L2) and consider the role of individual differences such as WM and language learning aptitude. Specifically, we will investigate an under-researched language native to the UK, namely Welsh. As a bilingual country, Wales has L1 speakers of Welsh, who learn English in primary school and L1 speakers of English, who learn Welsh in primary school. Many of these bilinguals learn subsequent languages in secondary school. We will investigate the role of these two languages and possible transfer effects into L3 French.

This study will contribute in several different ways. For instance, it will distinguish between theoretical models of L3 acquisition, in addition to contributing to the wider discussion of Welsh language provision in Wales by investigating the benefits of Welsh as an L1 or L2 in learning subsequent languages.