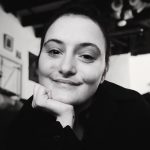 A confession is a highly valuable form of forensic evidence (Redlich et al. 2018: 147), and if a confession is recorded, it is more likely to be admitted to court as evidence (Solan and Tiersma 2005: 53-72). However, while research on confessions within contexts such as police interview is plentiful, little is known about how confessions are managed by legal and lay participants in the courtroom. Similarly, there has been much research on the impact of lawyers’ courtroom recontextualisation strategies on the interpretation of other legal evidence (see Heffer, Rock and Conley 2013), but no studies focus specifically on the recontextualisation of recorded confessions.

This project therefore takes as its broad central research question:

How – lexically, syntactically and paralinguistically – do lawyers and confession witnesses
re-, de- and co-construct the meaning, authority and significance of confessions during witness examination and closing arguments?

To investigate, I will gather data from three US trials with corresponding confession evidence. All instances where confessions are recontextualised at trial will be identified and analysed then, crucially, compared to the source confession to more fully assess recontextualisation practices. These will be analysed using interactional sociolinguistics, a method that lends itself to exploring the connection between “small-scale interactions” and “large-scale sociological effects” (Jaquement 2011: 475).

In terms of impact, topically, this study will enhance knowledge in three key research areas: recontextualisation, digital evidence, confessions. Methodologically, use of interactional sociolinguistics as analytical mode “promises to solve real-word problems involving communication … by shedding light on the nature of meaning in language” (Tannen 1992: 12). Societally, this project has potential for more wide-ranging impact. Presence of a confession increases conviction likelihood (Kassin and Neuman 1997) – a decision made in courtrooms dependent on how that evidence is recontextualised by legal and lay participants. Thus, by identifying areas requiring communicative reform, this study could improve judicial fairness.