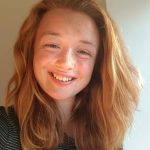 The Countryside Stewardship Facilitation Fund (CSFF) was launched in 2015 to deliver shared environmental outcomes through collaborative, landscape scale action (Franks, 2019). To achieve such action, facilitators receive funding to develop cooperation between groups of farmers and land managers; provide them with support and guidance on land management; and ensure the group undertakes work which complements that of other local partnerships (Natural England, 2017).

The impacts of collaborative agri-environment delivery have been of interest to both scholars and agricultural organisations. However, until this point much of the research on collaborative working has been based on farmer responses to hypothetical schemes in the UK (e.g. Franks et al. 2011; Emery and Franks, 2012; Franks et al. 2016), or collaborative schemes in other countries, such as the Netherlands (e.g. van Dijk et al, 2015). This PhD will critically assess farmers’ reasoning for being part of a collaborative scheme and explore how the CSFF has promoted farm and environmental resilience through fostering a sense of group belonging (Yuval-Davies, 2006) and contributing to the multifunctional nature of the rural landscape (Wilkinson, 1991; Wilson, 2010). To do so, it will explore how the presence of a government framework has influenced integrated delivery for the environment; assess how collaborative working influences farm sustainability through the accrual of social capital; and seek to understand how being a member of a funded group influences members’ behaviours and cultural values.