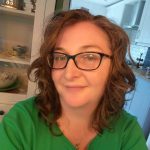 Work alone is no longer a guaranteed route of poverty (Joseph Rowntree Foundation, 2004) and one in seven users of food banks live in working households (Trussell Trust, 2019). In Work Poverty (IWP) is a major concern in the UK and the provision of quality jobs and a decent standard of living has become a key focus following reports such as the Taylor Review (2017).
In the UK, the Government’s National Wage (NW) and National Living Wage (NLW) are aimed to reduce risk of falling into poverty but are not considered to be sufficient especially in light of rise in the costs of living (Citizens Advice Bureau, 2019). The introduction of the voluntary “Real Living Wage” (RLW) by Citizens UK and the Living Wage Foundation is designed to address this insufficiency and offer a “decent pay” and has been introduced in some major cities in the UK.
The aim of the study is to explore how the Real Living Wage movement might help tackle issues around in work poverty in areas such as Wales and the South Wales Valleys region.
In collaboration with Citizens Cymru, a civil society organisation, I aim to explore:

This project will contribute to knowledge on: